During an ongoing session with Translation, the original language will show on the right upper corner of the screen.

While the Translator is connected, a switch will appear beside the language selected.

All Participants (Students, Remote Presenters, Assistant) will be able to switch between audio channels (original or translated) at any time during the session, and do so as often as desired. 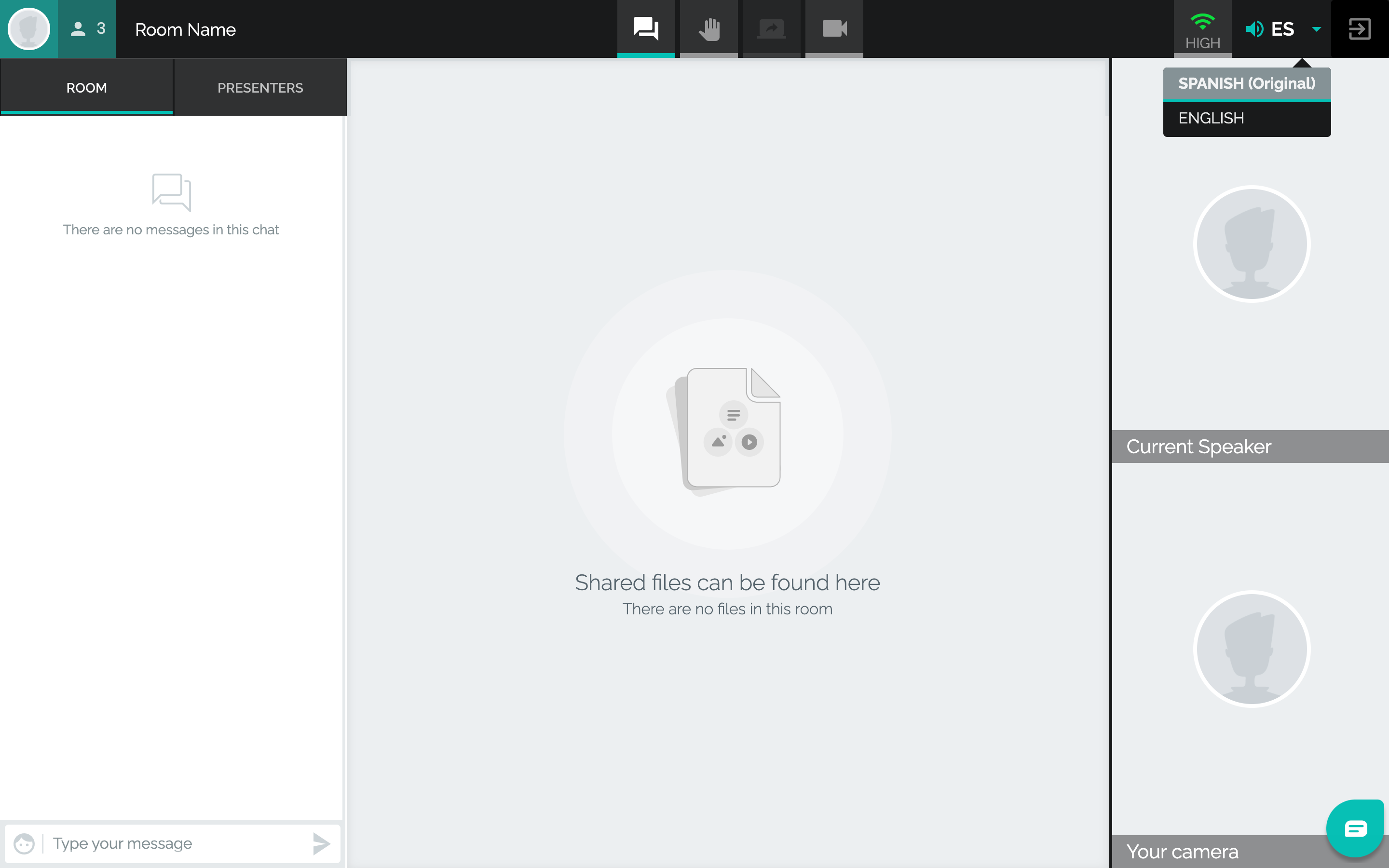 Participants must speak in the channel they have selected in the language switch.

When a Participant is speaking, the videowall shows the language they have selected in a corner of their video.